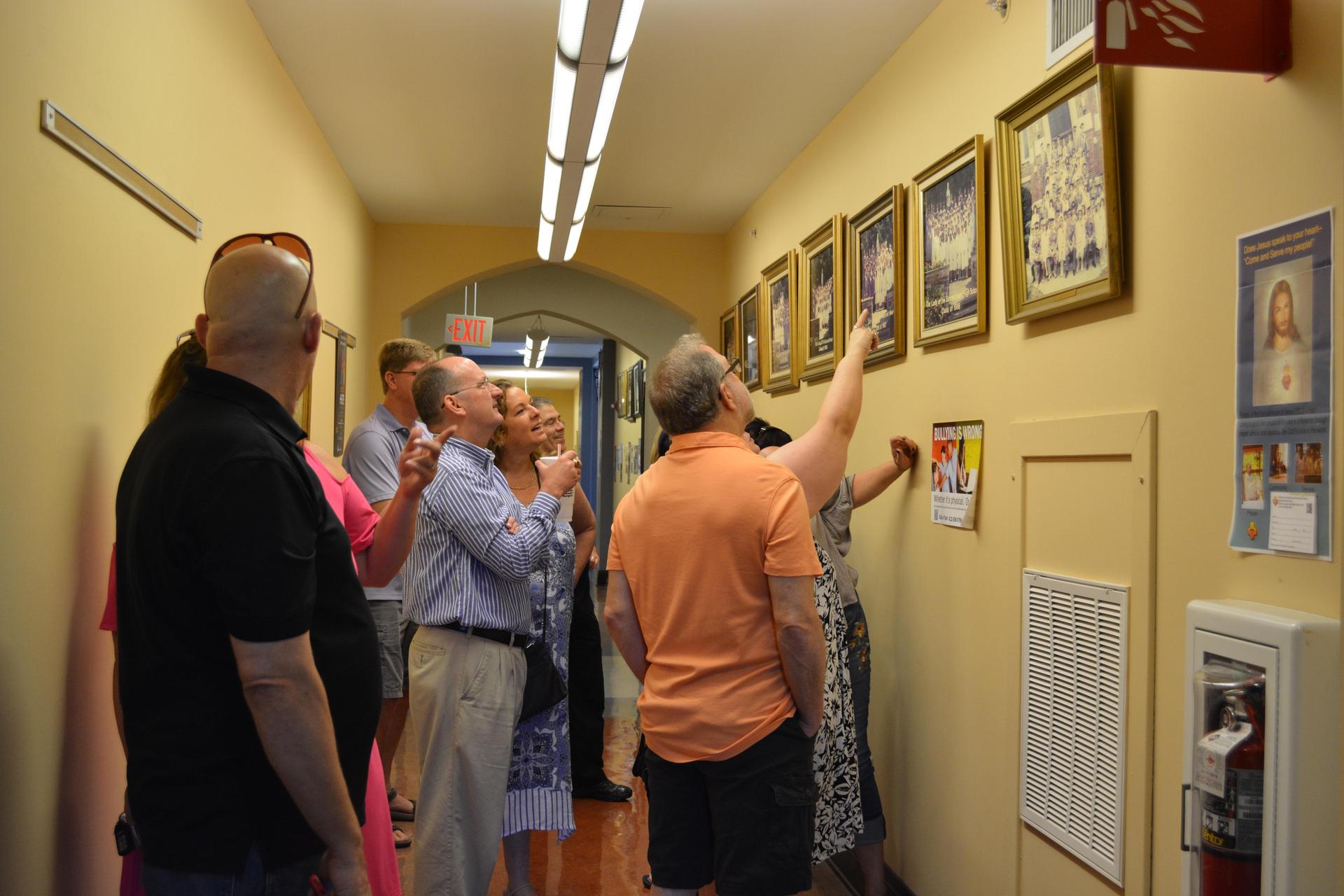 Are you thinking about planning a reunion for your class? OLSH can provide the support you need to reach out to your former classmates and plan a successful event. Below are just some of the services we can provide:
For more information, please email alumni@olsh.org.

Class of 2001 Reunion
Saturday, September 25, 2021
Roland’s Seafood Grill, Strip District
7:00 p.m.
Please RSVP to Keri (Luzik) Cronin at Luzi8019@yahoo.com or on the OLSH Class of 2001 Facebook page by September 11 if you plan to attend.
Class of 1991 Reunion
Saturday, October 9, 2021
The Hangar (outside patio)
5:00 p.m.
Join your classmates on the patio of The Hangar for some long overdue catching up! Cost is $25 per person and includes food and two drink tickets. RSVP by September 25th. Click here for more information.
For more information about class reunions or to begin planning a reunion for your class, please email alumni@olsh.org. No matter what year you're celebrating, it's always a good time to come together!

If your class has celebrated a reunion, whether it was big or small, formal or informal, planned or coincidence, we'd love to hear about it. Please send any pictures and a description of the event to alumni@olsh.org. 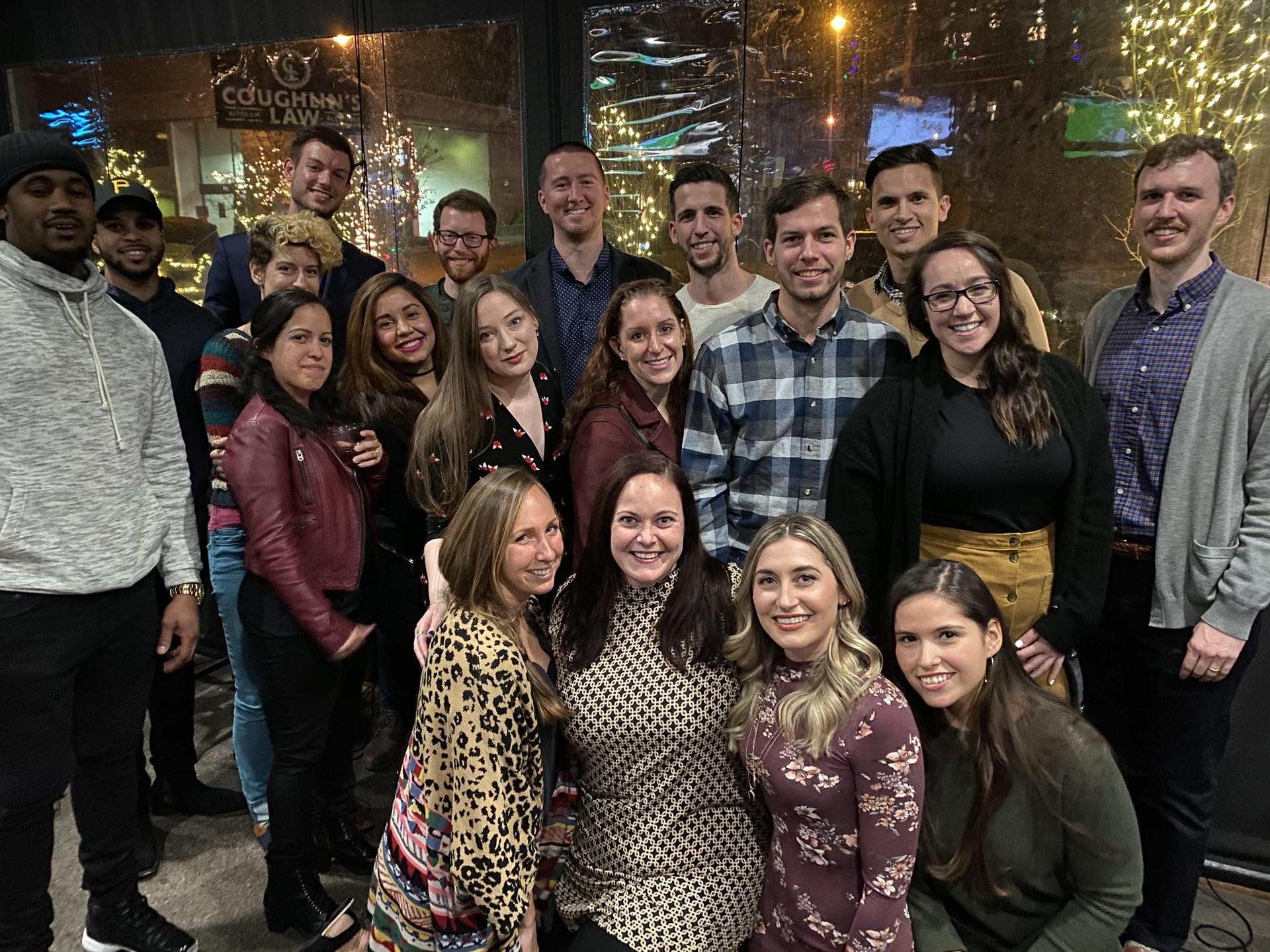 Class of 2009
Over a dozen members of the Class of 2009 met up at Coughlin's Law over the holidays to celebrate their 10 year reunion! 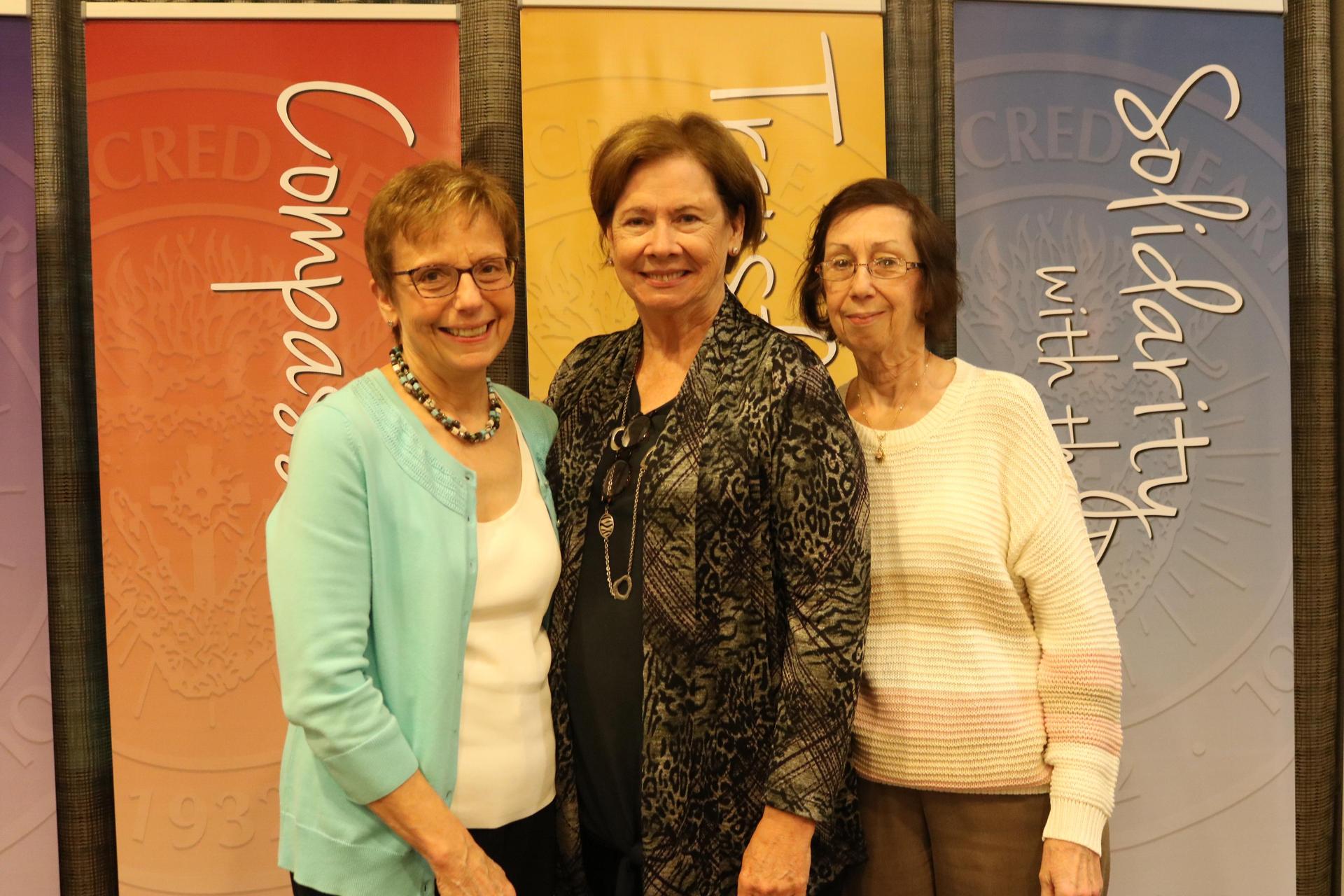 Class of 1969
The Golden Grads attended Alumni Mass in the OLSH
Chapel on Sunday, October 6th. Immediately following Mass, they joined other members of the OLSH community at the Distinguished Alumni Awards Brunch. The class members flipped through editions of the Clarion that were published during their high school years and discussed fond memories. Each member in attendance was gifted a San Damiano Crucifix, which represents St. Francis' vision of Christ before founding the Franciscan Order. 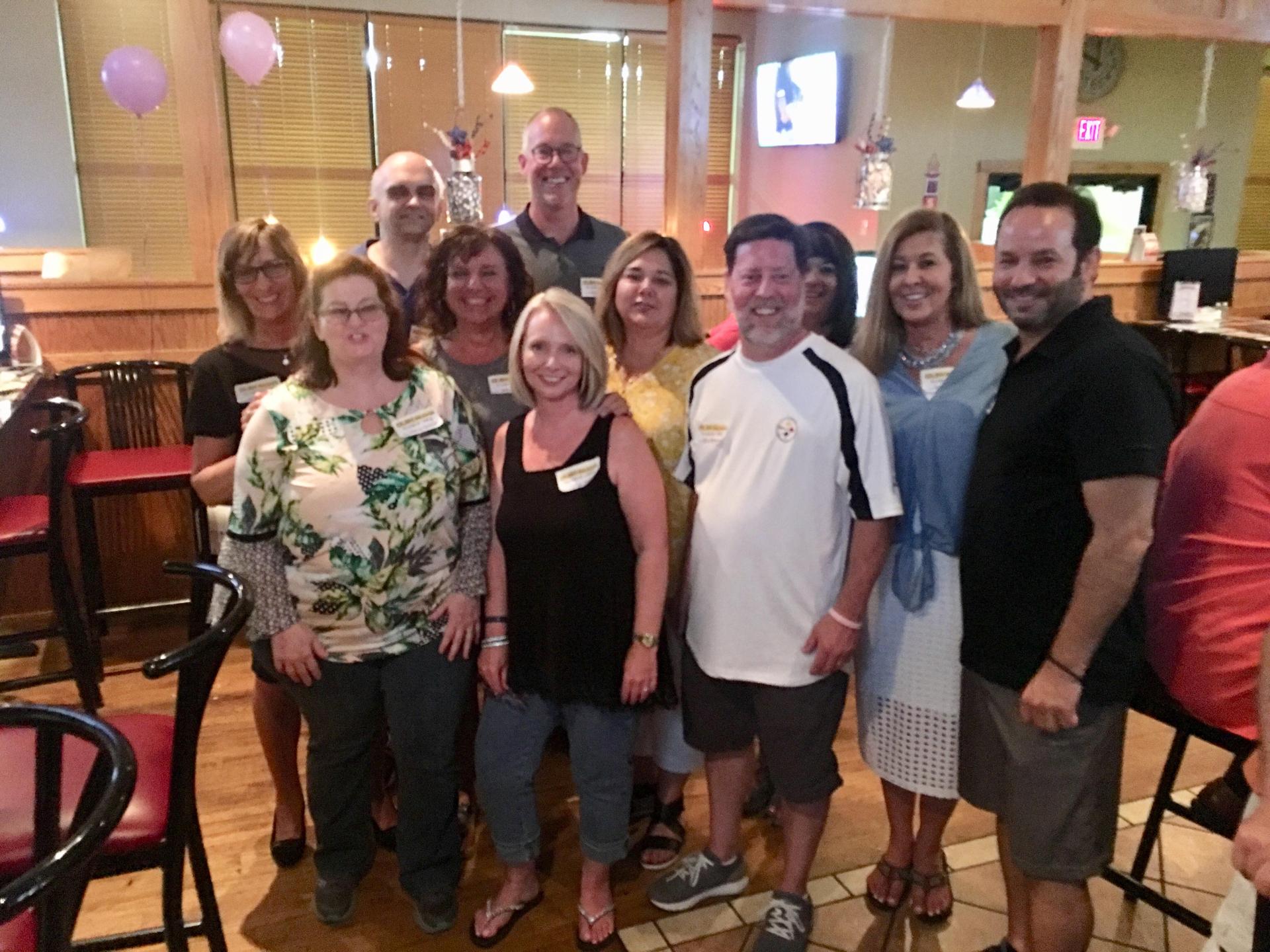 Classes of 1983-1985
The OLSH Class of 1984 celebrated their 35 year reunion at Rockefeller's Grille in Kennedy Township on July 27, 2019. The classes of 1983 and 1985 were invited to join in on the fun! Everyone had a great time reconnecting with each other while bonding over food and drinks.
Class of 1979
Members of the class of 1979 celebrated 40 years together on July 27, 2019. They met up at a popular OLSH spot - Paradise Island Bowl on Neville Island - for a casual gathering. Everyone had a great time and they are hoping to celebrate annually! 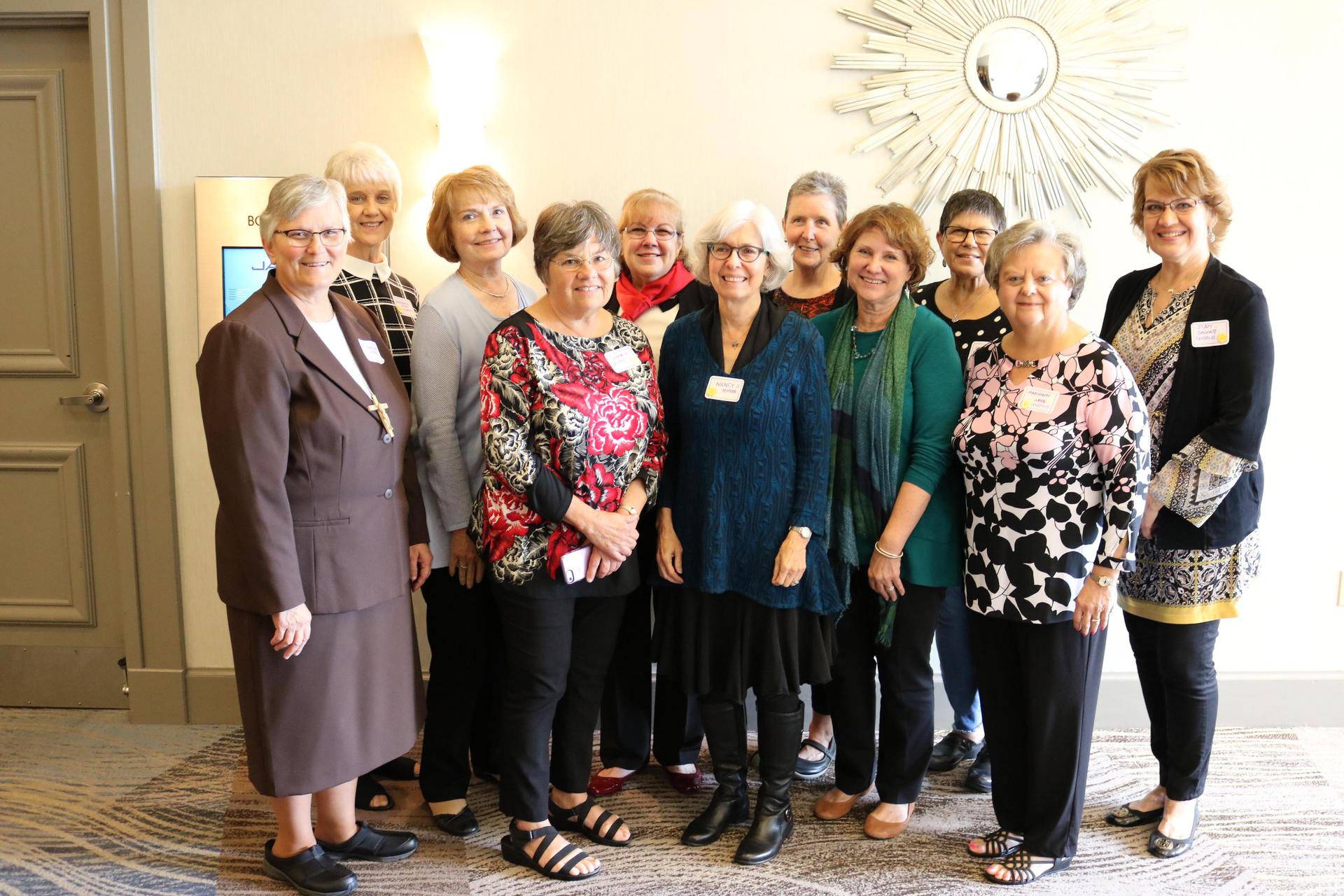 Class of 1968
The OLSH Class of 1968 celebrated their 50 year reunion during Homecoming Weekend 2018. The golden grads were honored at the Alumni Brunch on Sunday, September 30th.

Classes of 1984-1988
Members of the Classes of 1984-1988 celebrated a multi-year reunion on Saturday, May 26, 2018. After enjoying a tour of the school led by Principal Tim Plocinik and Alumni & Parent Relations Manager Deena Swank '92, they gathered at Downey House in Robinson Township for lunch. Former teacher John Mihaloew joined the group to share stories and catch up with his former students.
Class of 1987 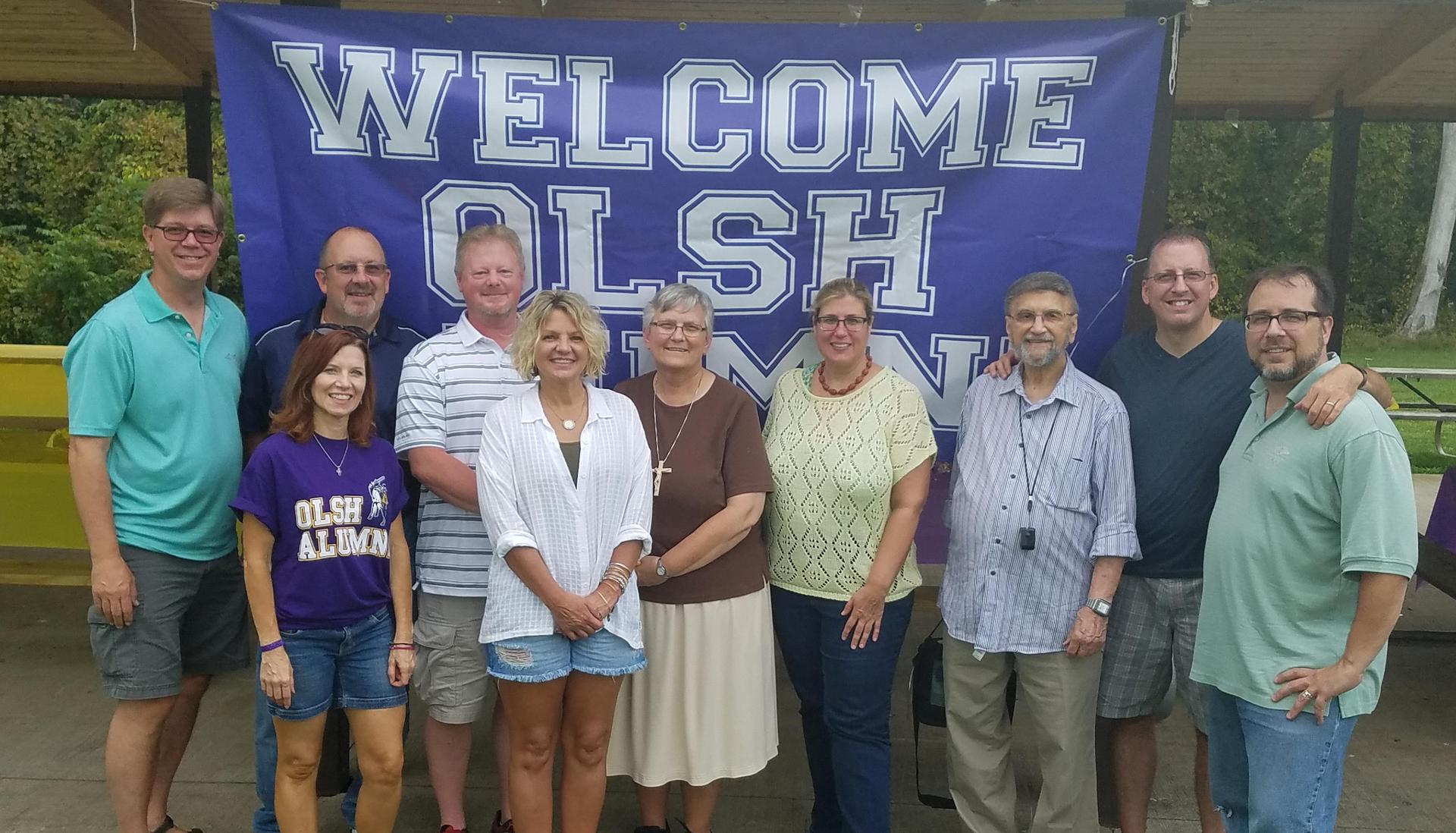 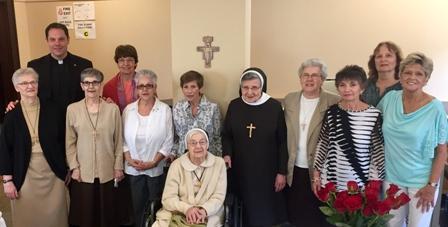 Class of 1962
The Class of 1962 celebrated their 55th reunion on June 17, 2018, with a  Memorial Mass for Eleanor & Eileen Paul in the Chapel and a brunch.
Class of 2007
The Class of 2007 showed their support for their former classmate, Michael McNally, at the Rally for McNally 5K on June 10, 2017, then gathered at Robert Morris University's Yorktown Cafe to celebrate their 10 year reunion.