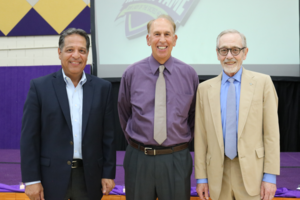 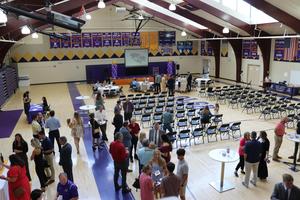 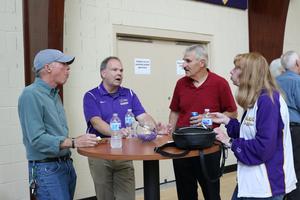 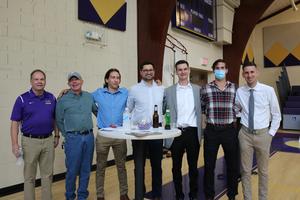 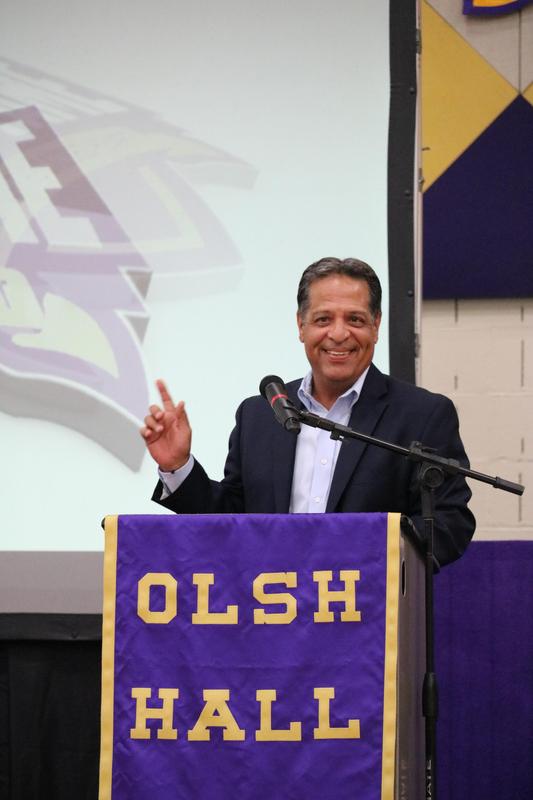 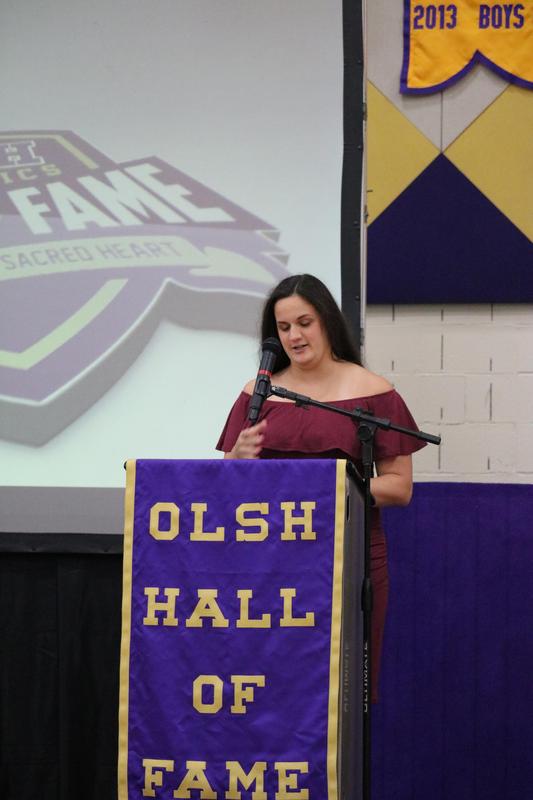 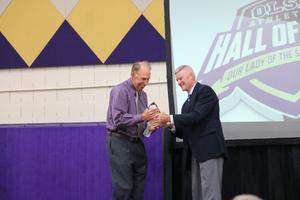 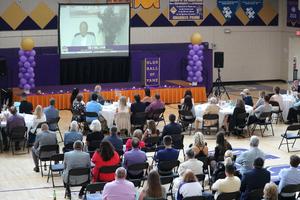 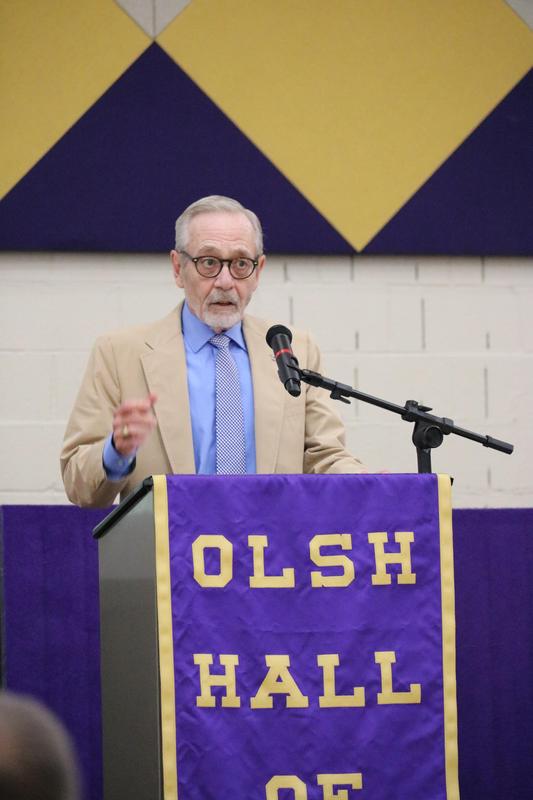 The OLSH Athletics Hall of Fame inducted its first class in five years, recognizing four men who have made a huge impact on OLSH athletics. A former cross country and track coach, the current boys and girls basketball coaches, and the director of Youthtowne, home to many Charger teams were recognized in a celebration at the OLSH AAC.

It was a night full of purple and gold as guests filled the AAC to celebrate the newest class of the OLSH Athletics Hall of Fame. The event was emceed by Matt Farago, whose live broadcasts brought the Chargers to the fans when attendance at games was restricted last year due to the pandemic. Alumni, parents of alumni, current families, and friends came together to honor the four inductees who have deeply impacted the lives of countless OLSH students and have made a distinct mark on the winning tradition of OLSH Athletics.

Tim O’Sullivan, director of Youthtowne, accepted his award remotely, thanking the Felician Sisters for their heart and sharing some of the history behind the school’s connection with Youthtowne. J Bonner, former cross country coach and founder of the OLSH track & field program, shared his story, acknowledging his family and several of his former runners in attendance. Don Eckerle, girls basketball coach, shared some his favorite stories as he and his team of assistant coaches took over the program 18 years ago leading the team to playoff appearances in all but their very first year. Mike Rodriguez, boys basketball coach, got emotional as he recognized the contributions of his assistant coaches and current and former players, noting that they all played a part in this year's state championship. As principal Tim Plocinik shared in his closing remarks, these four individuals have inspired our school community with their spirit, work ethic, and leadership, and have continued to reinforce the mission and values of OLSH.

A new award was introduced at the event, the OLSH Courage Award. The inaugural award was given to Devin (McGrath) Krummert ’09, an OLSH tri-athlete and Hall of Fame member who experienced a serious medical event in her junior year and fought back to enjoy great success in OLSH volleyball, basketball, and softball.

Special recognition was also given at the event to the 2012 OLSH Boys Cross Country team, the first OLSH team to win a WPIAL championship. Most of the team and coaches Bob Berg and Gary Carmichael were present to reconnect and celebrate their accomplishment.

Listening to the presentations of the inductees and their acceptance speeches would be enough to demonstrate to anyone the impact these individuals have had on their students, but even more telling were the 27 alumni in attendance who came to pay tribute to their former coaches. The lessons these young men and women learned from their coaches certainly made a difference in their lives.