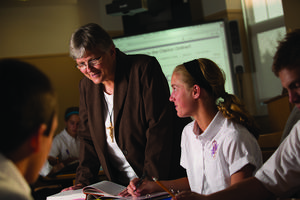 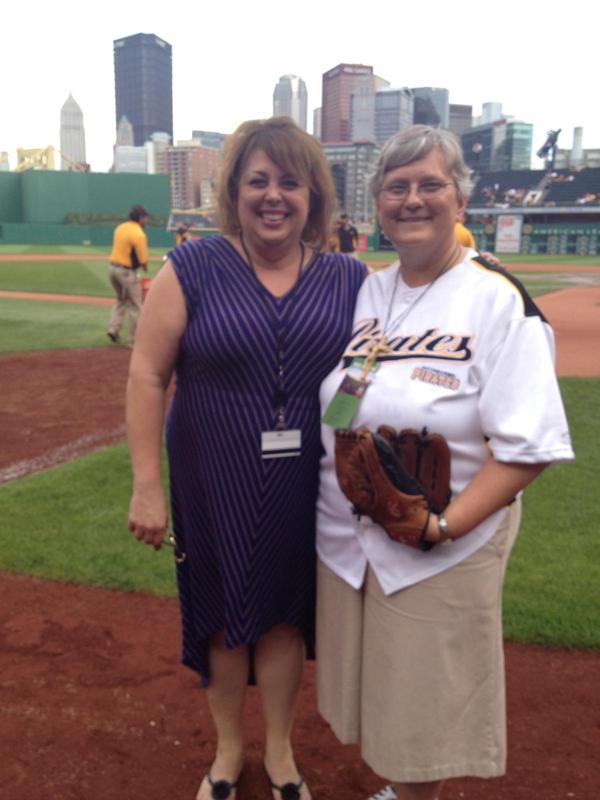 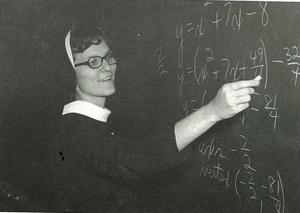 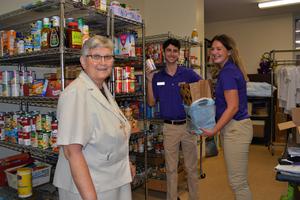 Former OLSH Principal and current Math Department Chair, Sr. Francine Horos has been a part of the OLSH family since attending the school as a freshman in 1964. She loves her vocation as a Felician Sister and that she can continue to share her love of teaching with the OLSH students.

Former OLSH Principal and current Chair of the OLSH Math Department, Sr. Francine Horos has spent nearly her entire life with the OLSH community. She attended OLSH from 1964-1968 when it was an all girls boarding school run entirely by the Felician Sisters.


Sr. Francine grew up in Oil City, PA with her parents and 4 older brothers where faith was a core value of the family.


One of the reasons that Sr. Francine ended up at OLSH for high school was the fact that she was spoiled as the baby of her family.


“I would attend weekend retreats for young girls at OLSH with the Felician Sisters in Coraopolis,” Sr. Francine said. “My father ultimately said yes to me going to live at OLSH for high school because I was spoiled and could usually get what I wanted!”


She was extremely active in several sports and activities growing up such as ice skating, swimming, tennis, playing piano and organ, and playing on the OLSH basketball team during her high school years.


From the beginning of her time at OLSH, Sr. Francine connected with the Sisters and decided to join the community after graduation.


“I never had any sisters growing up, so my classmates at OLSH and my Sisters became my family. I made lifelong friends here,” Sr. Francine said.


Sr. Francine always knew that she wanted to become a math teacher, so she pursued her Mathematics degree from La Roche College after joining the Felician Sisters. She then continued her education at the University of Pittsburgh where she earned her Masters in Mathematics and Masters in Education.


In 1972, Sr. Francine returned to OLSH to work as the organist for the convent. She began teaching all of the math classes in the school while she was finishing her advanced degrees from Pitt. After being transferred to the South Side to teach in grade school for 6 years, she once again returned to teach math at OLSH in the 1980s.


Sr. Francine was the assistant principal of OLSH with her mentor Sr. M. Christopher Moore ‘63, who now serves as the Provincial Minister of the Felician Sisters of North America. When the opportunity arose for her to become principal, Sr. Francine enrolled at Duquesne University to earn her Masters in Administration for Secondary Education.


“I have seen the school grow so much during my time here, I hope it will sustain and continue to grow,” Sr. Francine said. “OLSH is my home.”


After being OLSH principal for 15 years, Sr. Francine knew that her calling was to be back in the classroom that she loved.


“I loved being on the administrative side of OLSH for so long, but my first love is teaching,” Sr. Francine said.


She has taught many different math subjects over the years, but she currently teaches Algebra 2 to freshmen, sophomores, and juniors.


Everyone knows that Sr. Francine loves sports, especially when the OLSH teams succeed.


“I am very happy to be here with the kids. I love going to all of the sports games and things outside of the classroom. I really enjoy seeing them at these activities because I want them to see me as more than a teacher and a disciplinarian,” Sr. Francine said.


Because of her love for OLSH sports, Sr. Francine was voted OLSH Fan of the Year in 2013 and had the opportunity to throw out the first pitch at a Pittsburgh Pirates baseball game.


She attributes her love of sports to growing up with four brothers.


“Between my father and four brothers, people were either watching or playing sports constantly. My mother told me that I should either learn the game or stay in the kitchen. So I learned the game,” Sr. Francine said.


One of her brothers has since passed, but she remains very close with the other three. She joked that her brothers don’t beat her up anymore and that they have all become even closer over the years. Even though her brothers live in other cities across the country, she loves when they call and visit her. She was especially thankful that 2 of her brothers were there to see her throw out the first pitch at PNC Park.


Sr. Francine lives in the OLSH convent with 12 other Felician Sisters. She also takes care of Our Lady’s Food Pantry, which is very important to her as a way to reach out to the needy in the community.


The Sisters are all very interested in keeping up with the OLSH students’ lives and Sr. Francine acts as a liaison between the students and Sisters. She is also aware that her presence at OLSH may be the only time some students will get to know a Sister, so she wants to represent the vocation well at all times.


“The Sisters always want to know how the kids are doing and what is happening with the students,” Sr. Francine said. “I also feel like a spokesperson for our community so I don’t want people to think wrongly of Sisters, or teachers, with my actions.”


Ultimately, Sr. Francine believes that OLSH is in her blood, being a huge part of her life for so long. She hopes that she impacted students not only in math, but in their future as they succeed and share their gifts with others.


“Teaching is where I feel I am most effective. I know that all the kids I teach will be fine in their futures,” Sr. Francine said. “Their choices are their own but I hope to help them along the way because they are still just kids. I know students say that I was tough and expected a lot, but if they feel that they learned a lot, that’s enough for me.”