OLSH Community Charged Up for a Season of Service 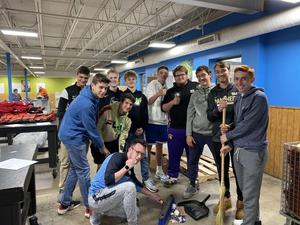 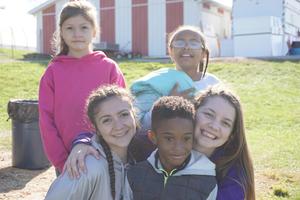 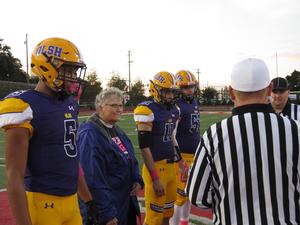 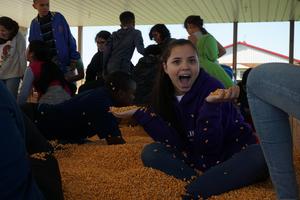 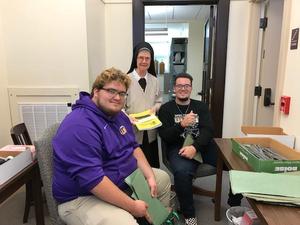 This fall, the students (and faculty and staff) at OLSH have been spending time giving back to the community in a variety of ways, inspired by Mission & Heritage Week earlier this month.

The OLSH community was “Charged” up for another season of service.  During Mission and Heritage Week students were reminded to use their gifts and do small things to make big things happen in an effort to “Rebuild His Church.”  Members of the senior class and Coraopolis Sisters joined forces and completed a variety of small jobs at the Coraopolis Convent Tuesday of Mission Heritage Week.  Whether it was cleaning service carts, organizing artifacts and pictures, or cleaning cars and garages the Sisters and students spent the day working together and getting to know one another.

With the guidance of Sr. Francine Horos, the school organized a Food Blast for Our Lady’s Pantry.  225 students, faculty and staff brought in items or gave $5. We collected $700.00 and collected 485 non-perishables.  The donations should help fill the shelves of the Panty for some time. Also on Wednesday of Mission & Heritage Week, the Sisters took time out of their busy schedules to sit and have lunch with a group of OLSH juniors.  They talked about their futures and even their past. Sr. Alexander Klawinski shared with the group the picture that was found while organizing the archives the day before of her playing volleyball when she attended high school at Our Lady of the Sacred Heart.  Saturday of that week, the Felician Sisters were honored at the OLSH football game. Sr. Francine Horos joined the captains to perform the ceremonial coin toss. It was a great week, but the OLSH community was not finished using their gifts and “Charged” on to more service.

Along with the staff at Mooncrest, and a few other volunteers, OLSH students helped to chaperone 85 children from Mooncrest for the annual fall trip to Janoski’s Farm.  They shared a hayride, had a chance to pet different animals, played in the pit of corn, navigated through a corn maze, and helped the children pick their own pumpkin, which was the highlight of the day.  The volunteers were exhausted by the time they returned to OLSH but had a great time forging relationships and memories with the children who don’t always have the same opportunities as other kids their age.

For Senior Service Day, on the 16th of October, OLSH seniors completed service around the community. One group of senior boys visited World Vision.  World Vision is a non profit organization that distributes new and used clothing to those in need all over the world. The boys helped organize piles of donated clothing and box items to get them ready to ship.   Seeing the number of boxes piled high gave the boys great pleasure knowing that their small efforts will help change the lives of many. Though the official Mission and Heritage Week has ended, the OLSH community is dedicated to ensuring they continue to help “Build His Church with Living Stones” throughout their school year and their lives.