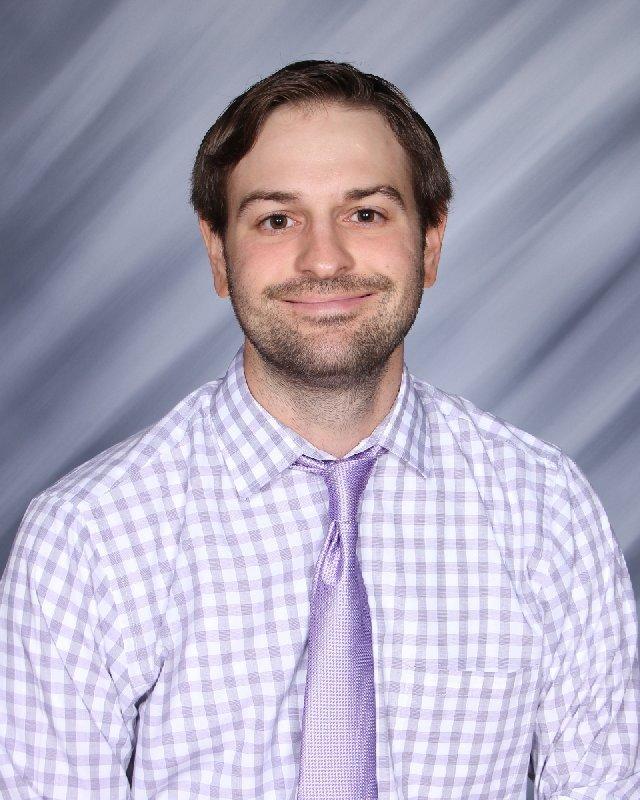 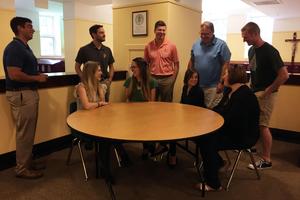 Kevin Joyce is new to the OLSH staff this year, but has jumped right in, teaching honors level social studies courses to sophomores and seniors. He brings his love of sports and experience in sports journalism to the classroom, connecting with students.

Kevin attended Thomas Jefferson High School and went on to Penn State University where he received a B.A. in Communications with a focus on Sports Journalism.  After graduation, Kevin wrote sports copy for several websites and quickly learned that it was challenging to break into his chosen field.  He then accepted a position as a copywriter with a sporting goods retailer, but soon realized that sitting in a cubicle staring at a computer for eight hours a day was not the job for him.

Kevin considered pursuing a career in teaching next.  He was greatly influenced by his many family members in the profession, including his brother who was a teacher, now a high school principal; his sister-in-law and aunt who are teachers; and two uncles who are principals.  Once he made his decision, Kevin enrolled at Robert Morris University and earned his M.Ed. in Instructional Leadership.  He also holds a Social Studies Certification 7-12.

When Kevin saw the opening at OLSH, he discussed it with his brother as well as friends and family members who all encouraged him to apply.

In his short time at OLSH, Kevin has noticed a distinct quality among the OLSH student body.  “Not only do OLSH students respect faculty and staff members,” Kevin remarked, “they also respect their fellow students.” Kevin also commented that it’s not unusual to see students from different cultures and backgrounds interacting with each other.

“Kevin has been an invaluable asset to the Social Studies Department,” remarked Andrea Bagnell who chairs the department.  “He has fit right in with the students, faculty and staff, and has brought great ideas and teaching strategies to OLSH.”

Kevin lives in Pittsburgh’s South Side neighborhood and enjoys city living.  In his spare time, he likes staying active in sports and plays softball, basketball and golf, and is currently a basketball coach for the South Fayette School District. In the future, Kevin would like to get involved with the sports programs at OLSH, working with our student athletes.

Kevin said he feels blessed to have the opportunity to teach at our school and looks forward to what the future will bring at OLSH.