Theatre at OLSH is a year-round opportunity with annual fall and spring performances as well as summer workshops and community theatre held in the summer. The OLSH Theatre Department has been recognized by the Pittsburgh CLO Gene Kelly Awards for Excellence in High School Musical Theater and by the American High School Theatre Festival, providing our students with the opportunity to perform on the Benedum Center stage in Pittsburgh and at the Edinburgh Festival Fringe in Scotland.

The annual fall play affords students an opportunity to use their acting, set design, and directing skills. The show is often performed in conjunction with the annual Haunted Hallways event, taking on a spooky or mysterious theme.
Previous shows include: 10 Ways to Survive the Zombie Apocalypse (2021), The Spoon River Project (2020), The 39 Steps (2019), The Insanity of Mary Girard (2018), Up and Down Detective Agency (2017), The Great Ghost Chase (2016), Zombeo and Juliet (2015), Varney the Vampire (2014), and You Can't Take it With You (2013)

The OLSH theatre department participates in the Pennsylvania High School Speech League Drama Festival, presenting a short play for competition at the local level.
Previous shows and honors include:

The OLSH Christmas play is one of the longest held traditions at OLSH. Started in 1998 by former OLSH history teacher, Mr. Bob Brasko, the Christmas Play is a way for students of all theatre skills to have fun and spread some Christmas spirit. Students perform an original Christmas-themed show that often takes inspiration from pop culture. By participating in this play, students are often given opportunities for writing, directing, and costuming. Each year, area grade schools are invited to come to OLSH to watch the show! 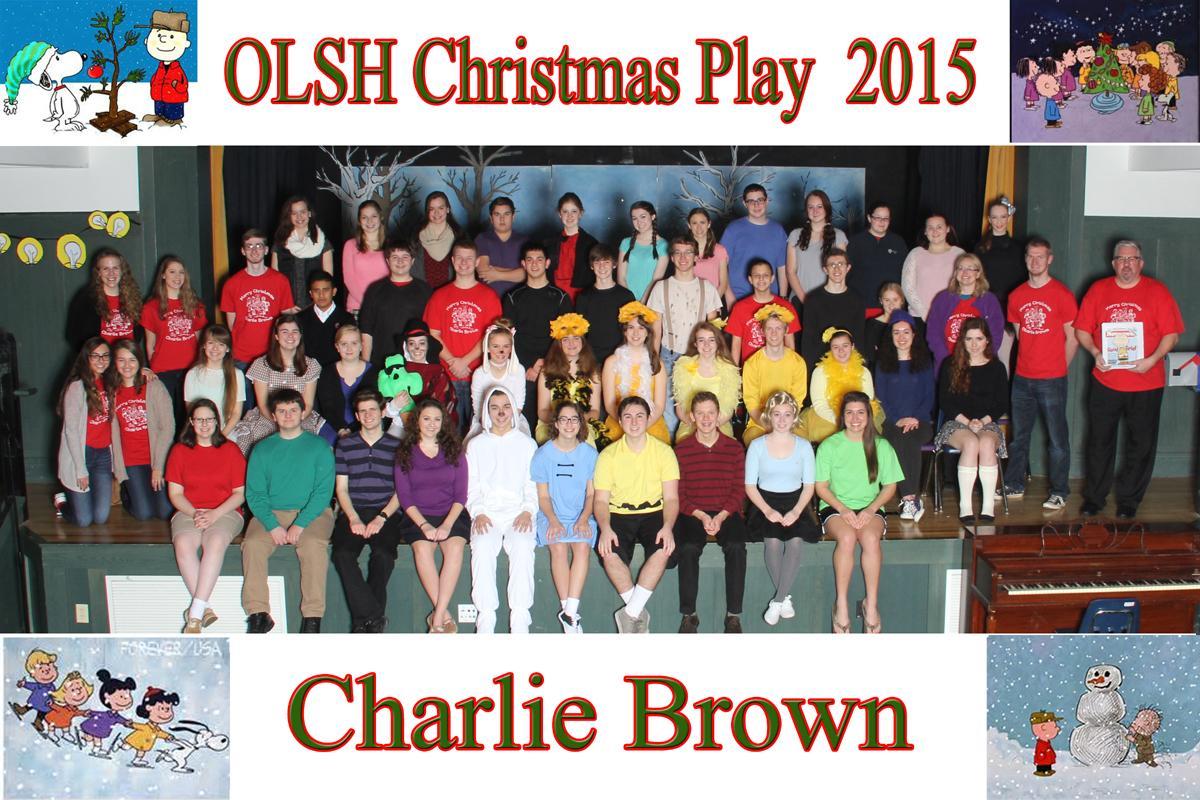 Students who have an interest in any aspect of theatre meet after school and participate in a variety of activities, including improv games, singing, dancing, and directing.

OLSH offers a summer theatre workshop that allows students to work on their acting, singing, and dancing skills in a fun and friendly environment. The program culminates in a Summer Showcase, allowing students to show off what they've learned to their friends and family.

In the summer of 2018, OLSH began hosting a community theatre production by the newly founded Pelican Players. The group welcomes performers from around the community in addition to OLSH students, parents, and alumni. The company was founded by Ms. Dolores Manuel, OLSH's theatre director and assistant business manager.
Previous performances include: The Drowsy Chaperone (2019), Joseph and the Amazing Technicolor Dreamcoat (2018)