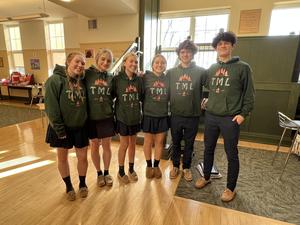 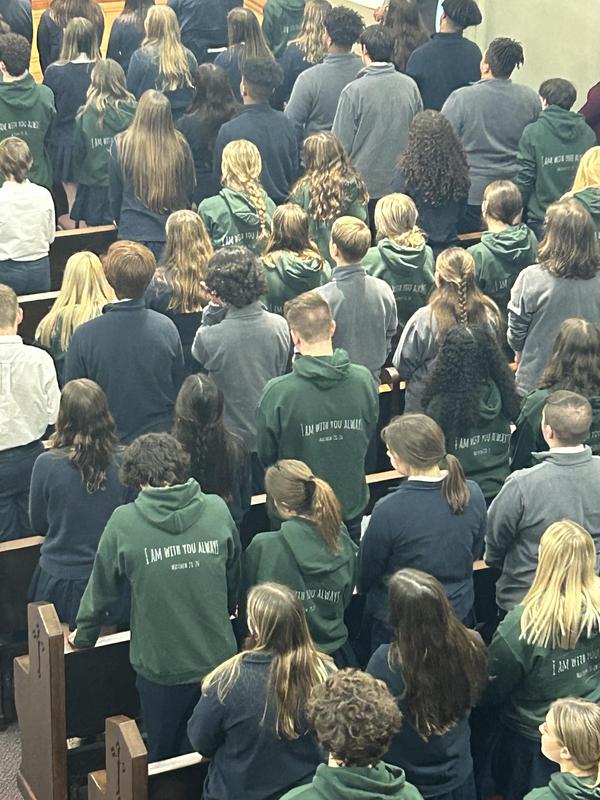 Faculty, staff, and students were invited to wear sweatshirts designed in memory of Tavon M. Lane ’25 to school on Thursday. Sweatshirts were sold as a fundraiser for a scholarship honoring Tavon’s legacy at OLSH.

In July, the OLSH community shared the sad news of the loss of Tavon Lane, Class of 2025, who passed away as a result of injuries sustained in a tragic accident.  OLSH has since established the Tavon Lane Memorial Scholarship, which will be awarded for the first time this spring to an incoming freshman student. A portion of the Memorial Fund will be utilized for the purchase of physical items to benefit OLSH, the first of which will be a memorial bench that includes a plaque, to be located on the OLSH campus for use by the OLSH community.

In order to raise money for this Fund, close friends of Tavon approached OLSH administration with the idea to design and sell sweatshirts in his honor. The sweatshirts feature Tavon’s initials and a campsite across the front, to illustrate his love of camping. The back of the sweatshirt reads, “’I am with you always,’ Matthew 28:20.” This Bible quote bears great significance to Tavon’s family, as it hangs on the wall in their home.

Sweatshirts were sold to members of the OLSH community, Tavon's grade school community, and other family and friends. $10 from each sweatshirt purchased was donated to the Fund – at 288 sweatshirts sold, that’s $2,880 for the Tavon Lane Memorial Fund. PeakPGH, the company that produced the sweatshirts, donated an additional $120 to bring the amount raised to an even $3,000.

Students, faculty, and staff were invited to wear their sweatshirts to school on Thursday to honor Tavon. Seeing a wave of green sweatshirts in the chapel during our weekly Mass was a special visual reminder of Tavon’s life and legacy, one that we are proud of our students for carrying on.