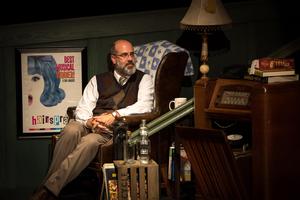 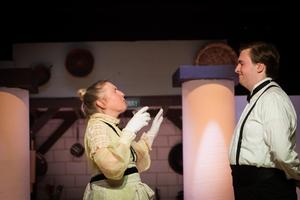 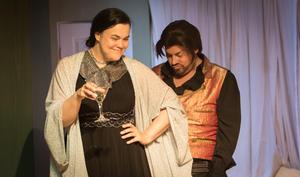 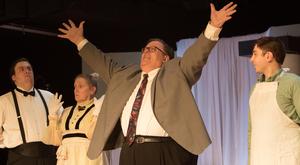 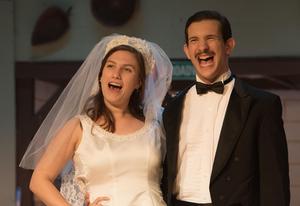 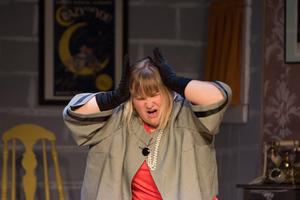 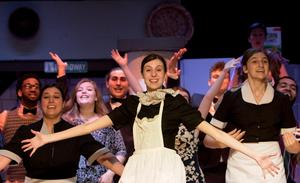 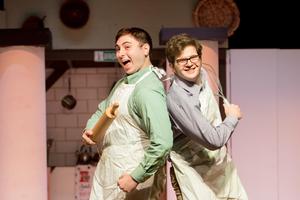 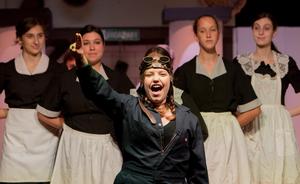 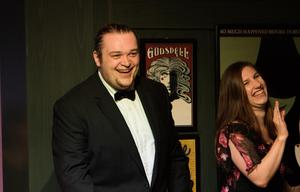 The local community theatre group presented the hilarious show, The Drowsy Chaperone, to audiences the first weekend of August. The show featured performers from the community, as well as OLSH students, parents, and alumni.

OLSH hosted the Pelican Players in a performance of The Drowsy Chaperone on August 2 & 3, 2019, in the school auditorium.  The Pelican Players is a community theatre group founded in 2018 by OLSH Theatre Arts Director, Dolores Manuel, and is dedicated to supporting the arts in the area.  The cast and production team included 17 OLSH alumni (who were members of the classes of 1996, 2001, and 2014 through 2019), 11 current students, two current parents, an alumni parent, and members of the community with no OLSH affiliation.  The Pelican Players represent more than eight surrounding communities.

The Drowsy Chaperone, which debuted in Toronto in 1998 and on Broadway in 2006, pays homage to musical comedies of the 1920’s jazz age.  The role of “Man in Chair”, a fan who plays his vinyl recording of the musical and watches it come to life on stage as he interjects his personal opinions and anecdotal comments about the show, was played by Michael Cerchiaro ’96.

The story focuses on an upcoming wedding, and features a starlet (Kate Manuel) ready to give up her career for the man she loves (John Wojtechko ’14).  Her producer (Nick Stratigos) tries to stop the marriage from taking place when threatened by a pair of “punny” gangsters disguised as pastry chefs (Jordan Mastele ’16 and Matthew Wojtechko ’16), yet ends up getting married himself to wannabe star, Kitty (Alyssa Brinza ’19). The dimwitted hostess, Mrs. Tottendale, (Suzanne Ward) and her butler (Nathan Ward ’18) also end up married in the end, much to the surprise of the supportive best man, George (Zane Travis ’16). The Latin Lothario Aldolpho (Neil Keene) mistakenly seduces the tipsy chaperone (Jessica McGunigle ’01) and a cheeky aviatrix (Elizabeth Manuel) saves the day.  The cast featured an outstanding ensemble of singers and dancers who filled the stage and enhanced the silly story, and a strong production team and technical crew.

Parents and OLSH theatre students sold concessions, including a Pittsburgh Cookie Table offering a wide array of sweets.  There was also a 50/50 and basket raffles.  All profits from these sales supported the OLSH Theatre Department’s trip to Scotland next summer, where they will perform as part of the Fringe Festival.  This is the second time the group has been invited to participate in this festival, the largest of its kind in the world.

OLSH looks forward to hosting future productions from these dedicated and talented performers.  Follow the Pelican