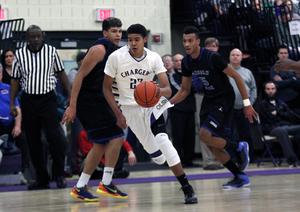 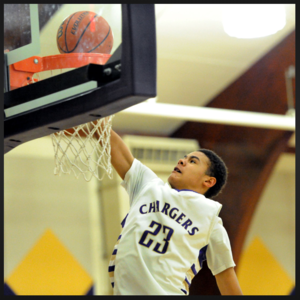 The 2014 graduate was salutatorian of his class and played on the Chargers basketball and football teams, and went on to play at Pitt and UNC.

Cameron Johnson was the 2014 Salutatorian at OLSH and a stand-out player on the OLSH Chargers Boys Basektball team. In his senior year, Cameron was named to the All Section basketball team, the Post-Gazette West Fab 5, The Beaver/ Allegheny Times Starting 5 All Star Team, the 2nd Team MSA Sports All Netter Team, the WPIAL Class A All Star First Team, and the AP All Star Class A 2nd Team.  He was also named the MVP at the Hoops for a Cure All Star game, was the 2nd leading scorer for basketball in the WPIAL and the 3rd leading scorer in the state. Cam went on to play for the University of Pittsburgh, where an injury forced him to redshirt his freshman year. After graduating from Pitt in three years with a degree in communications, Cam transferred to the University of North Carolina, where he played two seasons. Yesterday Cam was the #11 pick in the NBA draft, selected by the Minnesota Timberwolves in a proposed trade deal with the Phoenix Suns. After he stopped in for a visit to his alma mater earlier this year, OLSH president Terry O’Rourke Donoghue and principal Tim Plocinik continue to be impressed by Cam’s character. They sent him a note, commenting, “We are proud of the consistency of character, humility, and generosity you continue to demonstrate, which will form the foundation for a lifetime of exemplary leadership, and legacy of service, support, and loving concern for others.” The OLSH Community is so proud of Cam, the first WPIAL player to be picked in the first round of the NBA draft since 1997, and looks forward to watching his NBA career.