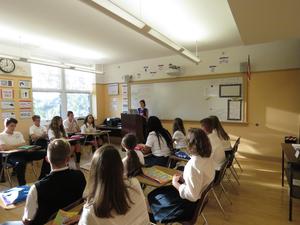 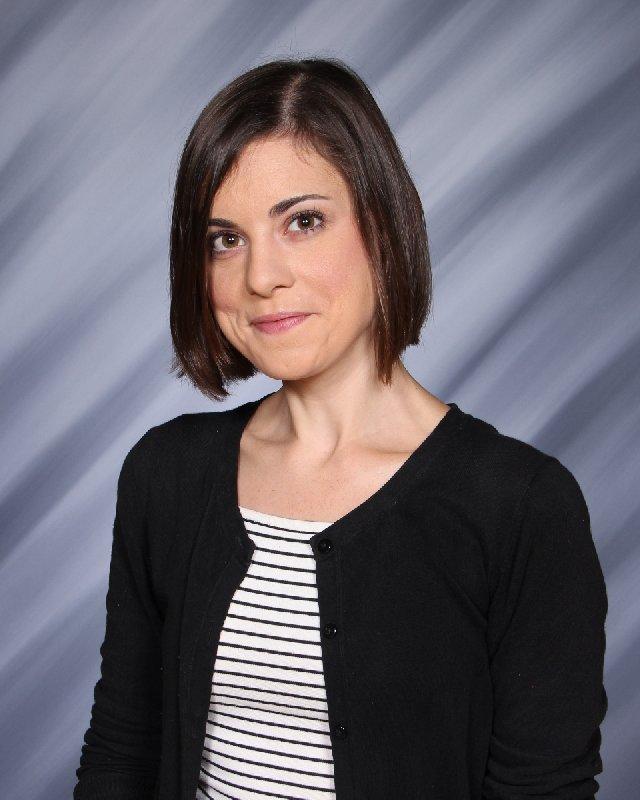 Miss Nolte returns to her alma mater to teach Spanish after time teaching abroad and hopes to inspire a love of languages in her students.

Alyson Nolte currently teaches Spanish I and Spanish II at OLSH.  She is an OLSH alumna, graduating in the class of 2009, and she joined the faculty in 2018.  She is also the co-moderator of SADD (Students Against Destructive Decisions).

Alyson loved her time at OLSH as a student, and attending a Catholic School made a big impact on her life.  She noted that most of the friends she has today are those she became acquainted with in high school.

Alyson fell in love with Spanish at OLSH and was greatly influenced by her teacher, Miss Susan Fahey.  “The more languages you know, the more people you can communicate with,” she remarked.  “If you can speak both Spanish and English, you can communicate with about 80% of the world’s population”.  Alyson briefly thought of a corporate career, but once she did her student teaching, she knew that education was the path to follow.

After graduating from Duquesne University in 2013 with a B.A. in Spanish and Corporate Communications, Alyson decided she needed to travel to a Spanish-speaking country to improve her language skills, and explored opportunities overseas.  She was accepted into a program with the Spanish Ministry of Education, Culture, and Sport and spent the next three years teaching English in public schools in Spain.  Alyson said, “I saw some incredibly beautiful places, experienced so many unique cultures, and learned a lot about myself.”  It also gave her some interesting insight into our education system.

In 2016, Alyson moved back to Pittsburgh and the following year, earned her Master’s Degree in Teaching from the University of Pittsburgh.

In her free time, Alyson likes to read, cook, hike, travel and do yoga.  Although she claims to “not be great at it”, Alyson also enjoys singing and participated in the choir and musicals while a student at OLSH.

We wish Alyson "muchos años maravillosos" of teaching at OLSH!