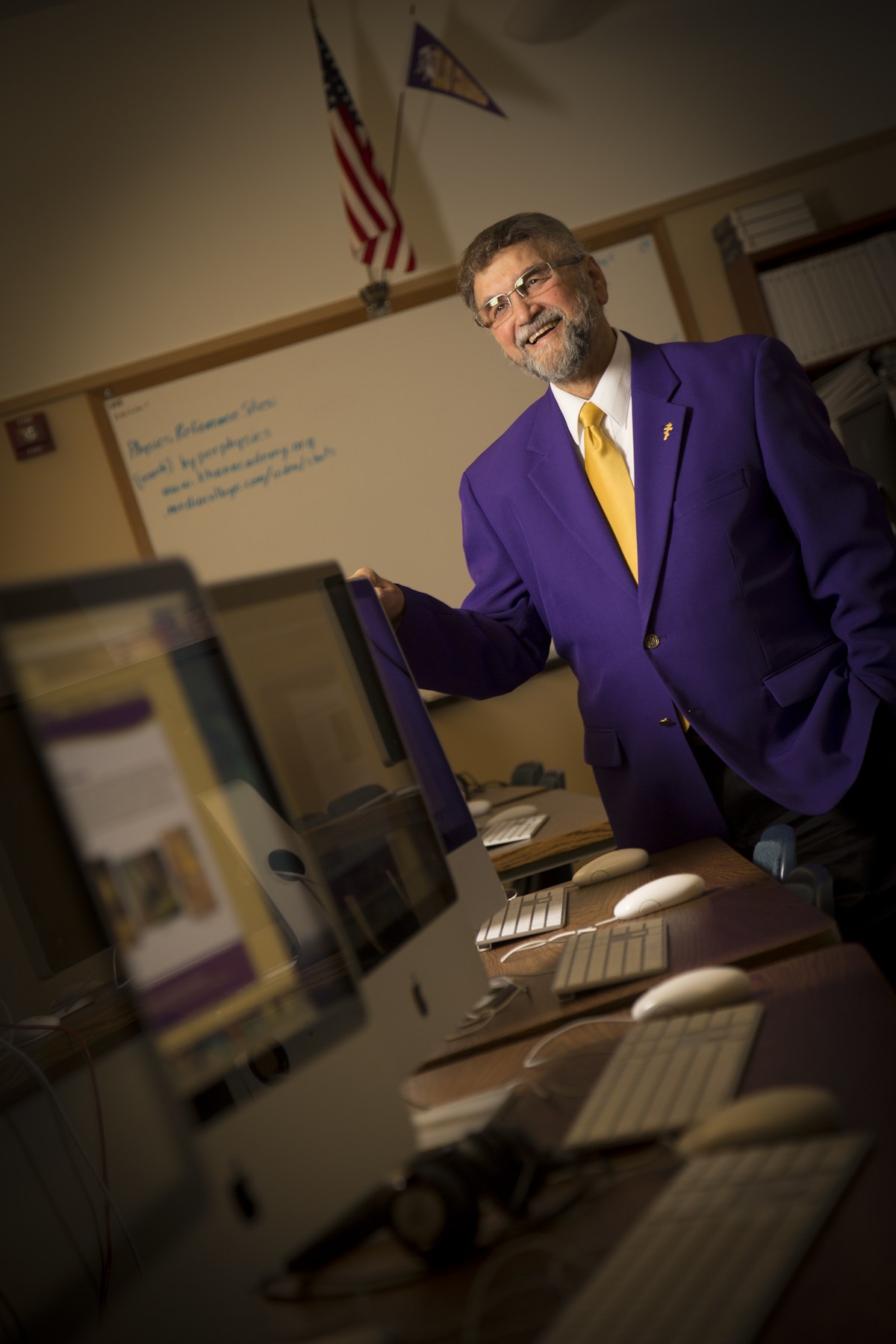 The John Mihaloew Endowed Scholarship was created in honor of John Mihaloew, former OLSH teacher.  OLSH students spanning three decades had the opportunity to learn from Mr. M, as he was fondly known to his students.  While at OLSH, he taught physics, computer science, chemistry, mathematics, and video & television courses.  He created and ran the WCHR television/video studio at OLSH in the mid-90s.  Prior to teaching at OLSH, Mr. M taught for 20 years in several schools in the Pittsburgh area, served in the Korean War as a Nuclear weapons Officer in the US Air Force, and worked for NASA researching and developing the first noise reduction device for aircrafts.
This scholarship fund is now fully endowed and will be awarded annually to a student who demonstrates financial need and meets and maintains other eligibility requirements.